The Crashed Kitchen A year after her first visit to Zambia (which you can hear about in Season 1), Aunt Sarah returned and worked with Love’s Door for All Nations, a mission based in Livingstone and run by Dan and Regina Bumstead. 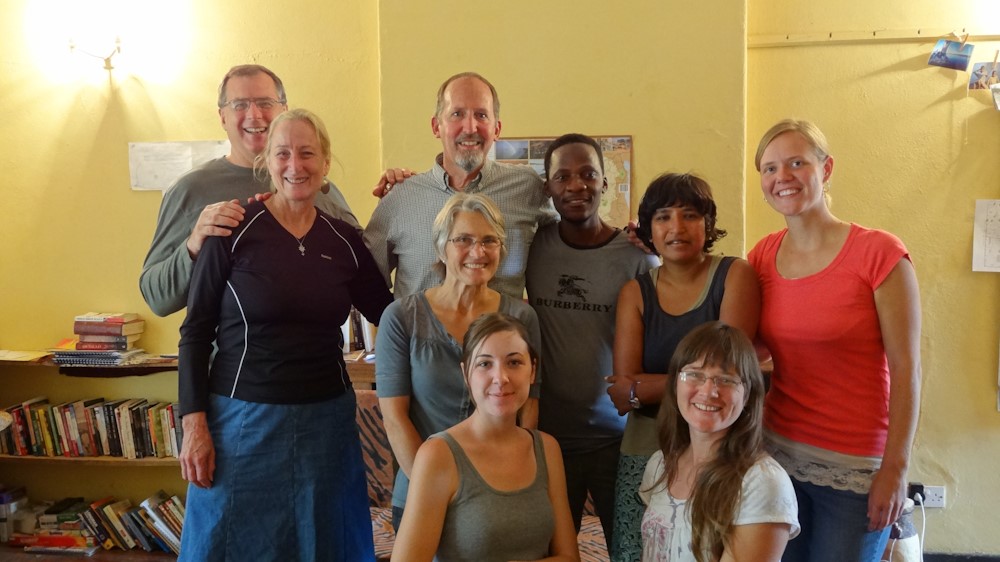 The crashed kitchen happened when Dan and Regina were in the States on furlough. Aunt Sarah wasn’t alone, but was actually working with eight other team members to set up a children’s home while conducting Bible studies.  She had grown exhausted by the time of the crash. That day she stayed at the home base while the team drove the 40 minutes out to the village. In the late afternoon Missy called her frantically saying, “Sarah, we were trying to teach Mike how to drive, and somehow he pushed the wrong pedal and smashed right through Freddy’s kitchen!” (Freddy was the gardener of the village base and was also attending their Bible study).

Aunt Sarah and a village kitchen

All the missionaries and villagers sitting in the truck were a little banged up, but Loveness (Katana) suffered a large gash in her arm clear to the bone. In Zambia, village kitchens are built as separate huts off the main home.  Freddy’s family normally sat next to this kitchen.  Thankfully on the day of the crash they were somewhere else. As soon as the team crashed through the kitchen, Freddy’s neighbors surrounded the scene of the accident shouting and yelling. The team feared retaliation by the villagers, and was forced to protect Mike from one man who tried to beat him up.  They called Aunt Sarah and asked her to pick them up because their truck was damaged in the crash. They took Katana to the hospital for stitches and then returned home in shock. They feared the people would no longer want them in their village nor would listen to the Gospel. Mike the driver felt especially bad. Already tired herself, Aunt Sarah looked at the discouraged team and didn’t know how to help them. She thought of Loveness who had been injured.  She thought of Freddy’s destroyed kitchen, and the angry villagers.  Just then her phone rang. The person on the other end was full of emotion. It was Freddy! He said, “Sarah! Today the Devil wanted to kill my wife and my children, but God protected them! The Devil also wants you all to leave and stop working in our village. But God wants you here! He protected my family, and I’m going to stay up all night and pray that He protects you too! I’m going to pray that you don’t get discouraged and that you don’t leave.” 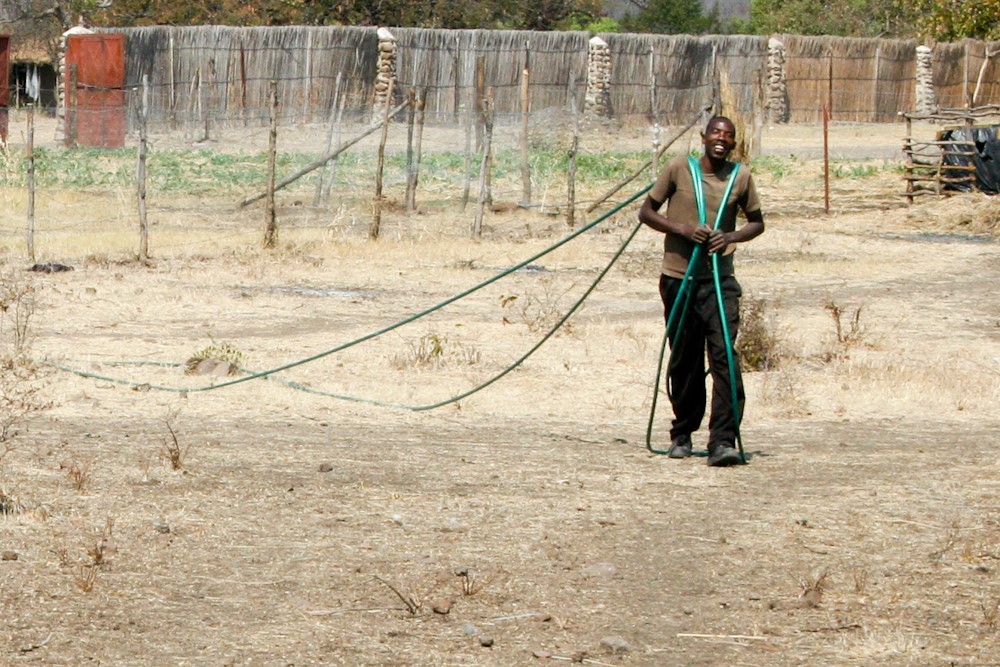 Freddy, the man whose kitchen was crashed

This kindness and selflessness overwhelmed Aunt Sarah. How could this man, whose kitchen her team had just ruined, and whose family could have been killed, stay up all night praying for them? She told everybody about the phone call, and then went to prepare a room for Loveness.  As Aunt Sarah put the sheets on a bed for Loveness, she complained to God about her tiredness.  She told Him that she didn’t think she could be a good host to poor hurting Loveness.  Just then God put a tiny thought in her heart. “Wash Loveness’ feet.”  She felt a new love enter her heart as she washed and dried Loveness’ feet.  Then Loveness looked at her and said, “Sarah, I want to wash your feet too.” 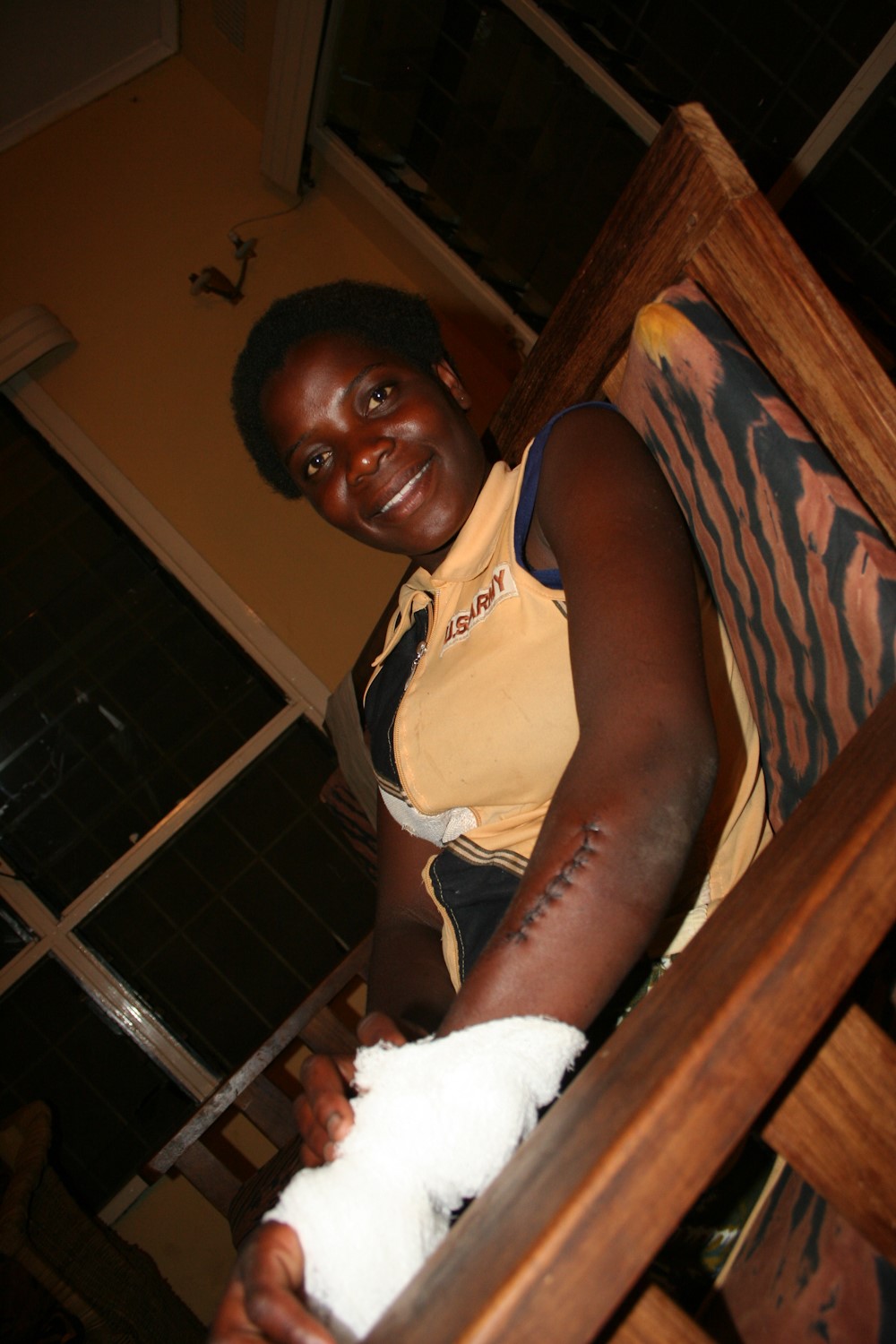 This girl whose arm was hurting so badly actually wanted to wash her feet?  This amazed Aunt Sarah!  As Loveness laughed at Aunt Sarah’s bright white feet, she felt as if Jesus Himself was washing her feet, touching her deeply and filling her with new strength. The team went back into the village and quickly repaired Freddy’s kitchen.  Aunt Sarah never forgot the love shown her by Freddie and Loveness…. two people who had every right to be upset.

Benedicto Freed The healing of Benedicto occurred around the same time as the crashed kitchen. Aunt Sarah had known Benedicto’s son from kids’ club, but she didn’t realize the seriousness of Benedicto’s illness. One day, Mike and Ken approached Aunt Sarah as she finished kids’ club.   “There is a man who we must pray for! “ they said.  “His name is Benedicto, and if God doesn’t intervene soon, he will die.” 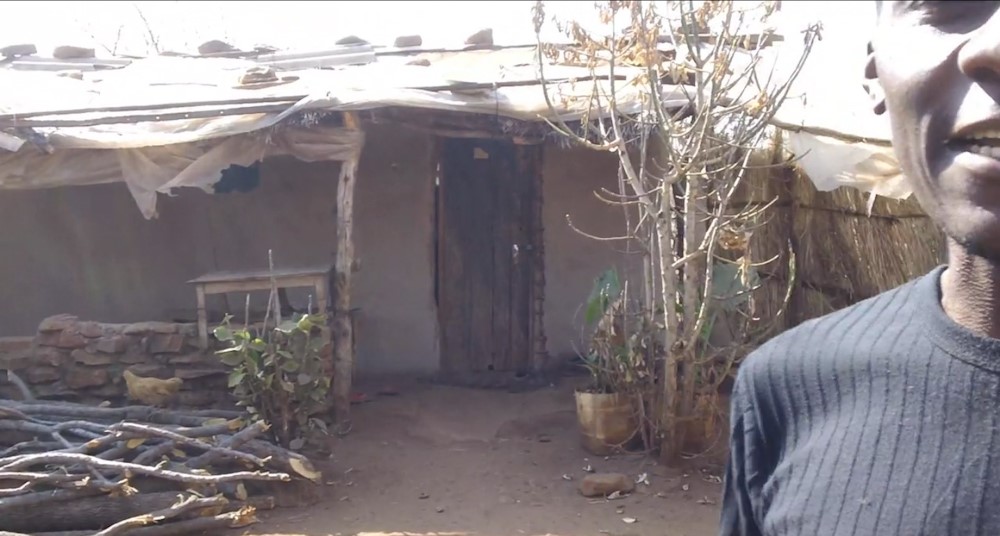 They walked to his house praying all the way, and found Benedicto slumped down in a chair in his little hut.  Aunt Sarah had never before seen a man so badly broken.   He looked completely crushed, hopeless, and scared. They asked him what had happened, and he said: “A while ago I started having terrible dreams. They were so evil, and got worse and worse. Then my legs started going numb and it was hard to walk. I spent lots of money on witch doctors but their charms didn’t work. I even went to the doctors in town, but no one could help me. Then voices in my head started telling me to kill myself. I went out to the bush, but I couldn’t go through with it. I have been giving all my things away because I know I will die soon. I can no longer walk and I haven’t eaten for 3 days.” 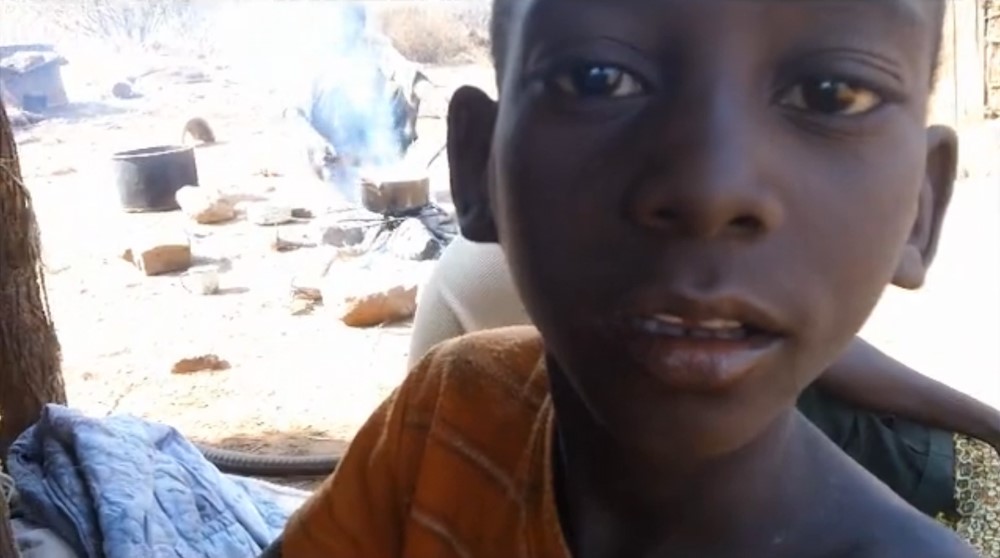 Mike and Ken told Benedicto about Jesus and how the enemy had power over him. They explained that if he accepted Jesus as his Savior, Jesus would free him from sin and Benedicto would belong to God, who is stronger than the enemy. Benedicto prayed just like you hear in the episode and gave his life to Jesus. Afterwards, he was so hungry that he ate three bananas!  Then he got up and began gathering all the little bags and trinkets from the witch doctors. Everyone went outside and helped burn the charms.  While the charms burned, Aunt Sarah, Mike, and Ken sang the song you hear in the episode, “There is power in the name of Jesus.” Then they went back into Benedicto’s house and prayed over him and his two sons. As they prayed, Aunt Sarah looked up and saw tears streaming down Benedicto’s face. Zambian men from the village rarely cry, but he was so overcome by the love and power of Jesus that he could not help himself. 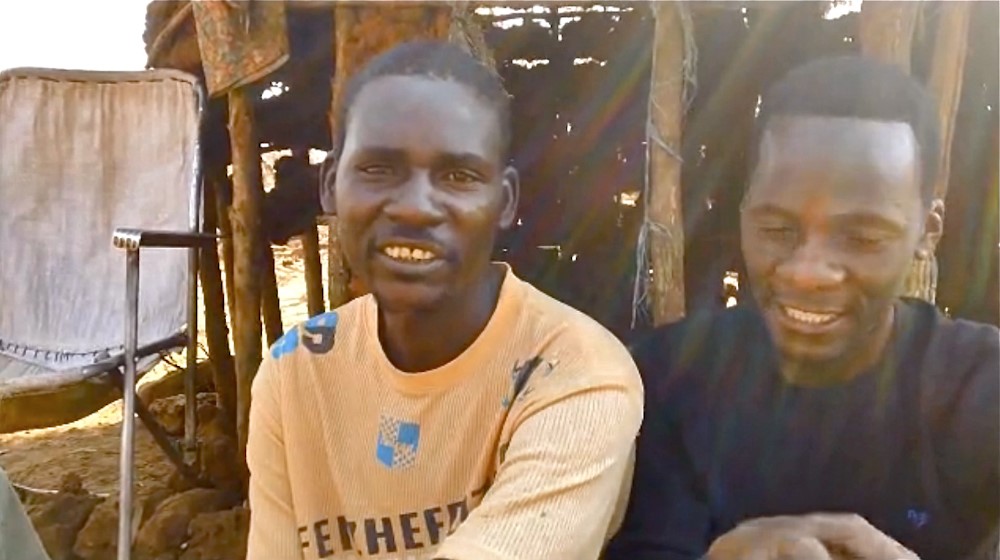 The next week when they came back to check on Benedicto, his wife was sitting there with beaming eyes. She said, “My husband is back! He carries on a normal conversation like before.  And he can walk again!  Today he is out looking for work!” God brought Benedicto from death to life! This was the first breakthrough for Aunt Sarah in the villages, and served as a sign to all the villagers that Jesus is real and is more powerful than the Enemy. As in the episode, the kids stopped coming to kids’ club because their mothers thought Aunt Sarah was teaching them lies.  It is also true that the goats destroyed their garden and one of those goats died after a snake bit it in the head.

In the real story Aunt Sarah was one of many on the team. To simplify the story we had her there alone and brought the character Raymond back, playing Mike & Ken’s part in the story.  While not actually in this story, Raymond still lives and ministers in South Africa.  Michelle and Kate did not actually visit Aunt Sarah in Africa.