The Real Story Glen and his wife Rita serve in a remote part of the Congo. They run a Bible School that trains villagers to be pastors. Glen also travels from village to village sharing the Gospel and showing the Jesus film. 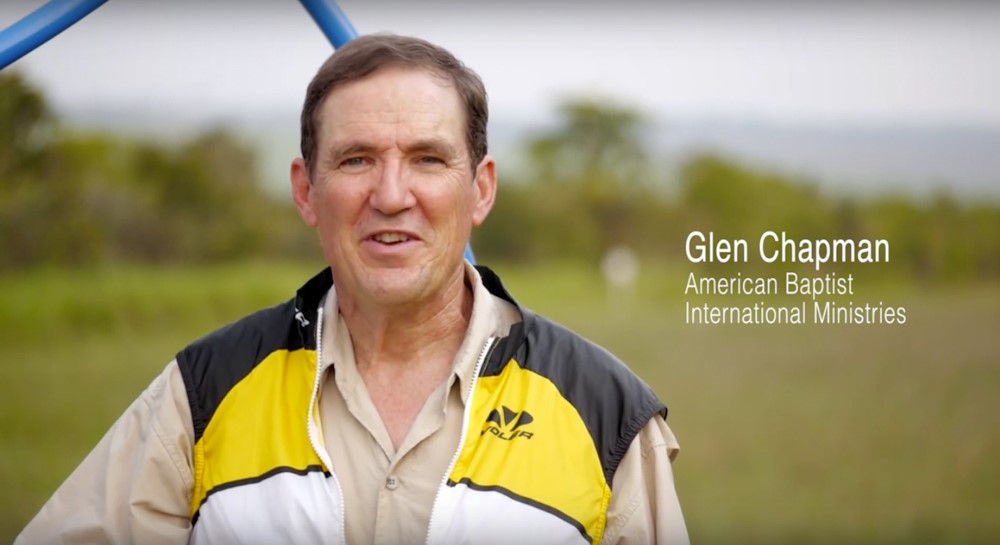 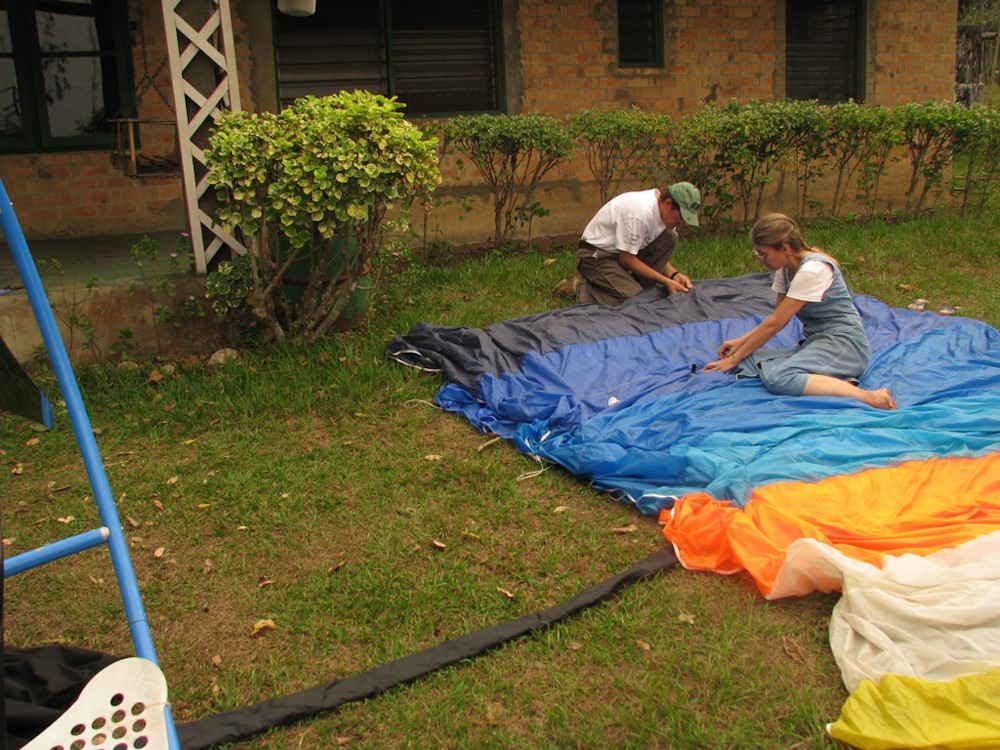 There are no paved roads where Glen and Rita serve.  Traveling from village to village means going over ruts, cliffs, mud holes and across streams and rivers. Steve Saint of ITEC perfected a powered parachute that Glen uses to fly to surrounding villages. Most people in this part of the Congo have never seen a flying machine before.  When Glen flies into a village people come from miles around to look at the powered parachute and he invites them to come back that evening to watch a movie. 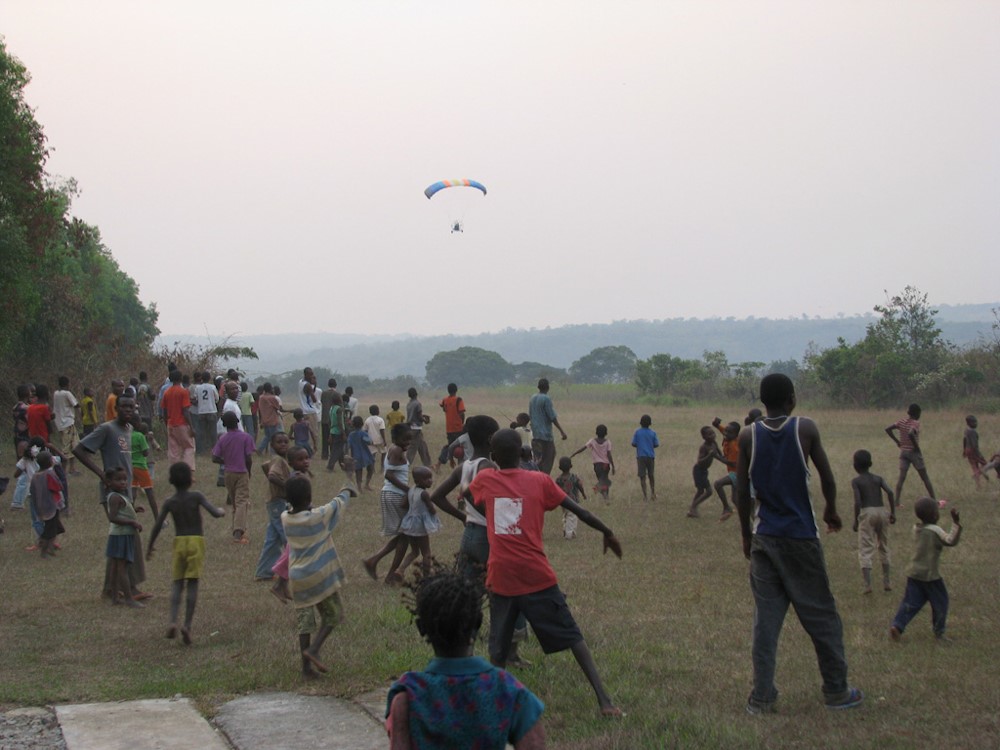 Glen’s first flight in the Congo

Many people have never actually seen a movie, only heard rumors about them.  Often Glen starts by projecting a professional soccer game, or a documentary that shows other parts of the world. 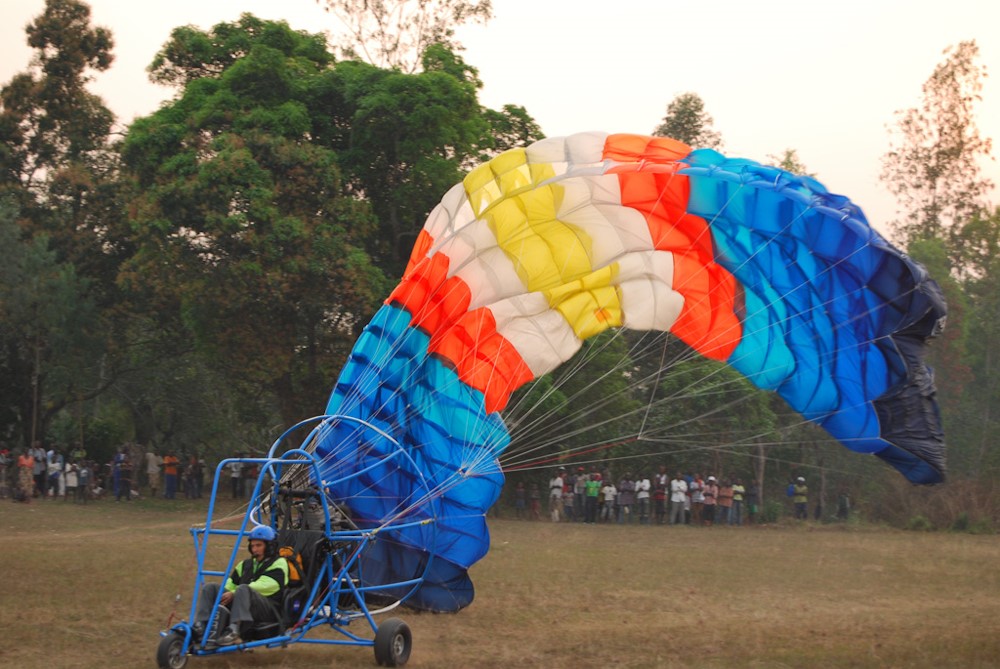 The villages don’t have runways, but they do have big soccer fields and that is where Glen lands.

The people are amazed, never having before seen cars or cities. Sometimes Glen shows videos he took of them earlier that day.  They laugh hysterically, seeing themselves running around on a “sheet” which is the movie screen. Then Glen starts the movie that tells the story of Jesus.  They watch as Jesus loves his people and heals the sick and they watch as people nail him to a cross.  Many of those watching are brought to tears. 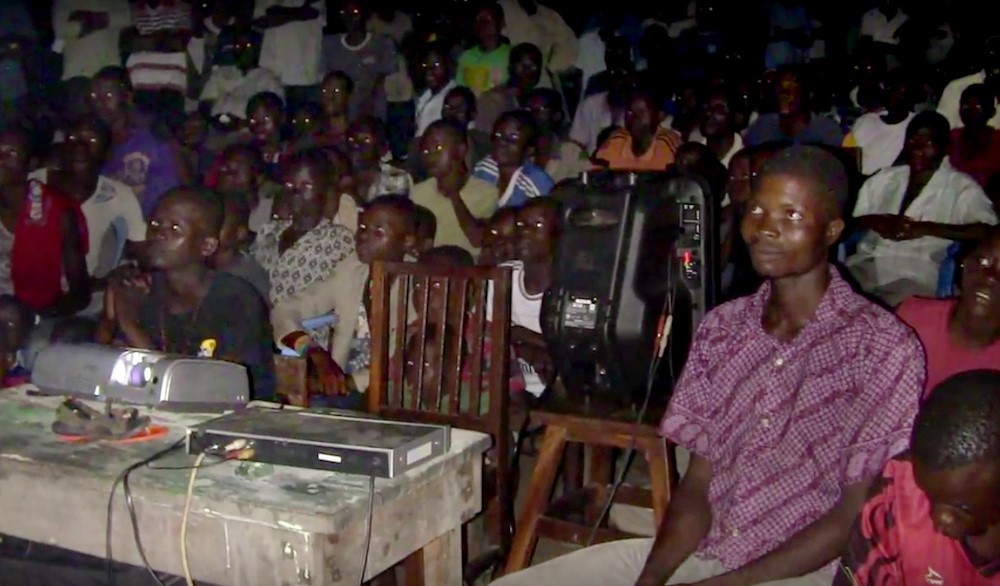 There is not only weeping and crying, but also shouts of joy and celebration when Jesus rises from the dead. Glen invites them to the local church the next day where he and the pastor explain the Gospel in greater detail, and invite people to make decisions to follow this Jesus with their lives. Through this, many come to Christ for the first time.  Glen entrusts these new believers to the village pastor who is equipped to nurture their faith. 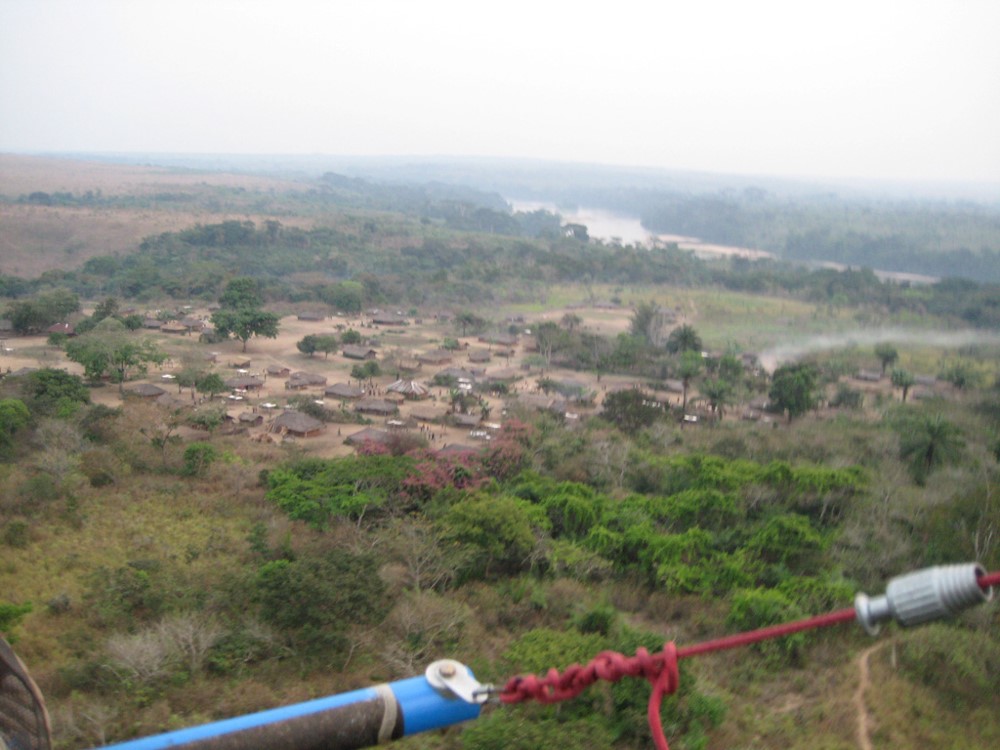 Glen flies quickly to a village that would otherwise take hours to visit by bike,

The flying machine enables Glen to safely transport the fragile projection equipment over treacherous terrain. It also allows him to visit places that would take days to visit by bicycle.

Glen chooses to bike. The flying machine makes traveling a lot easier, but easier is not always better. Most white people traveling in rural parts of the Congo use car, boat, or motorbike to save time.  So when the villagers see Glen pedaling past on a bike for the first time they are quite surprised.

“Why don’t you use a motorbike, Glen Chapman?” Glen smiles and tells them that sometimes he prefers to ride a bike. Glen is a missionary, and missionaries are not on the field just to get things done. He is there to reach people’s hearts with the truth and love of Jesus.  Glen knows that when he slowly pedals past a village, he will need to stop and get food or water.  In those moments conversations occur.  Sometimes another traveler might pedal alongside and carry on a conversation leading to an opportunity to share the love of Jesus.  When traveling slowly Glen might notice a sick man lying on the side of the path, or the little girl who is crying. 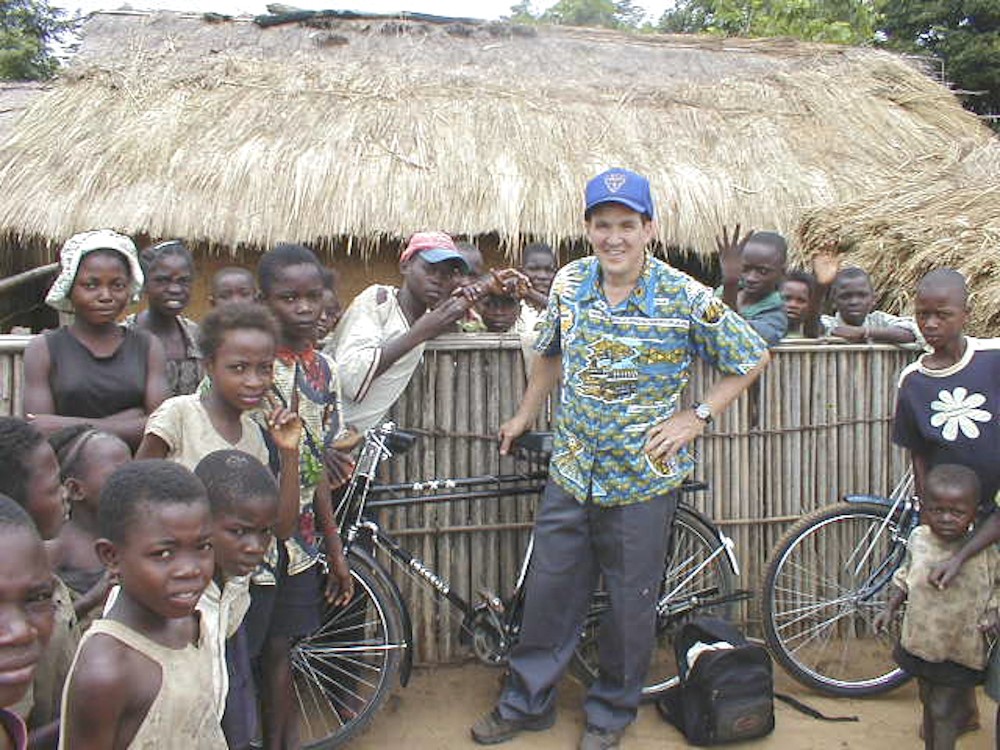 Glen stopping to visit on a bike trip

Jesus could have remained big and far away. But He chose to become small, a man who walked with us, ate with us and entered our world. This is how Jesus showed us God.   Similarly, traveling the local way is much less convenient for Glen and Rita, but it connects them to the villagers in a way that zooming along on a motorbike does not allow.

The journey in the goat car happened very closely to what you heard on the episode.  Only it happened to Glen, rather than Kate and Jack, and the driver wasn’t from Australia.  We used portions from Glen’s own descriptions and put them in Kate’s blog. 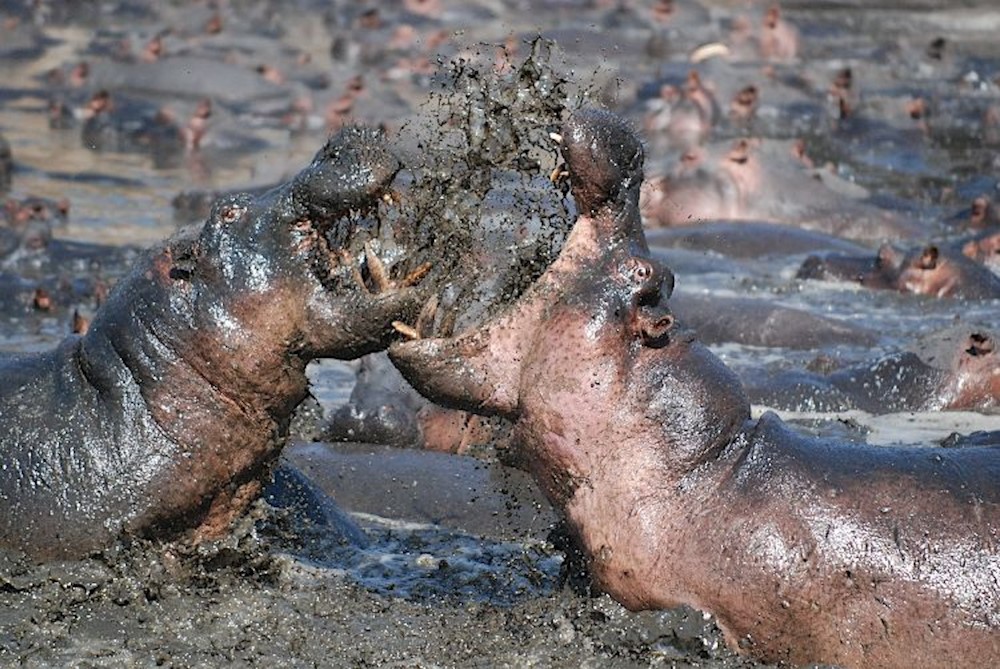 Glen was not chased in the river by a hippo, but they are very dangerous animals. Here is a video of a man being chased. Click here to watch.

Sazi and her grandmother are fictional characters, but they demonstrate the experience of many villagers as they watch the Jesus film.