Our team wanted to write a completely fictional & fun story which would include one of our favorite characters – Mr. Pennington.  The real Ian Brinkman loves electronics and computers.  Using a microphone found at a thrift store, a relay switch, arduino board and an old computer, Ian programed his lights to go on and off by voice commands.  He also dreamed about creating a real nerf sentry gun as seen in the video below. 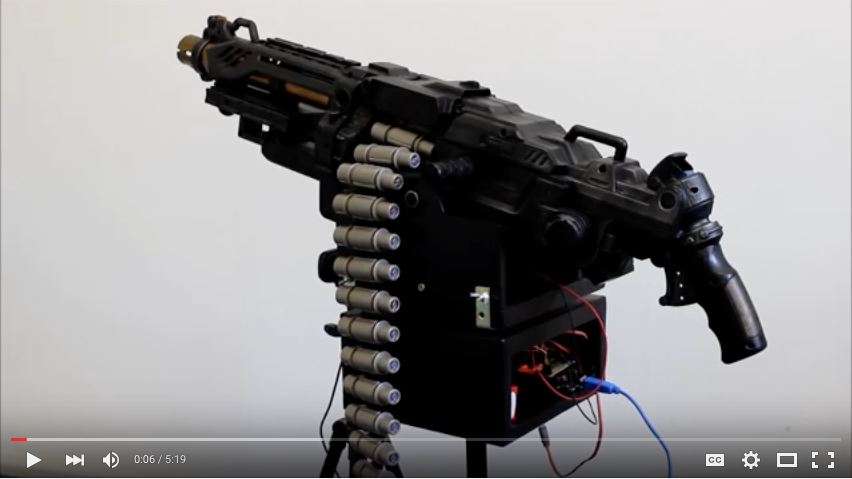 Click here to see a Nurf Vulcan Sentry Gun. When our team starts an episode we gather four or five people in a room and spend about a day brainstorming and then outlining the episode.  For this one, we brought in our zany & creative friend Eric Schilder.  Eric is a gifted computer programmer, and is extremely creative.  He has written children’s books, creates music, and has an awesome family.   With Eric we came up with the idea of a mobile raccoon deterrent device.  Eric wanted to introduce a new character even more outrageous than Mr. Pennington.   He described Lowell Feldspar and the team loved the concept.  Ian asked Eric to write the scene where the boys and Pennington meet Feldspar.  Eric more than delivered.  When he read the Feldspar lines he wrote we hired him on the spot to play the strange guy.  (Eric also played the prisoner Victor in the cell next to Dmitri in the episode Heart Song) Every Brinkman Adventure contains a lesson.  This one has a couple.  Brinkman Adventures loosely follows the Bultman family and deals with some of the same issues facing the real family.  Sometimes the real Brinkman kids have trouble completing their chores.  They can get distracted with things that are more fun than their jobs around the house.  We decided to address that challenge in this episode. We also wanted to develop the story line of Anthony & Jack and demonstrate how the real Anthony & Michelle honored their parents in their courtship by including them in the decision making process.  In real life,  Kurt asked Ian if he could marry Alyssa and Ian really did give Kurt a list of questions to answer before giving his blessing. We created a non-working R-D for the album cover.  To get the perfect cover shot we took hundreds of pictures and made about 40 mock-ups.  Ian & Aunt Sarah worked very hard and finally got what they were after.  But, when one of the companies that distributes Brinkman Adventures saw the picture before it went to print they expressed concern that people would think we had used a real gun to hunt raccoons.  We hadn’t considered that and certainly didn’t want to communicate that idea.  Based on the input from this company, we decided to use a different picture and demote R-D to a back cover inset.  Below is the artwork Ian loves and almost made the front cover of our promotional CD.  Didn’t Aunt Sarah do a nice job? 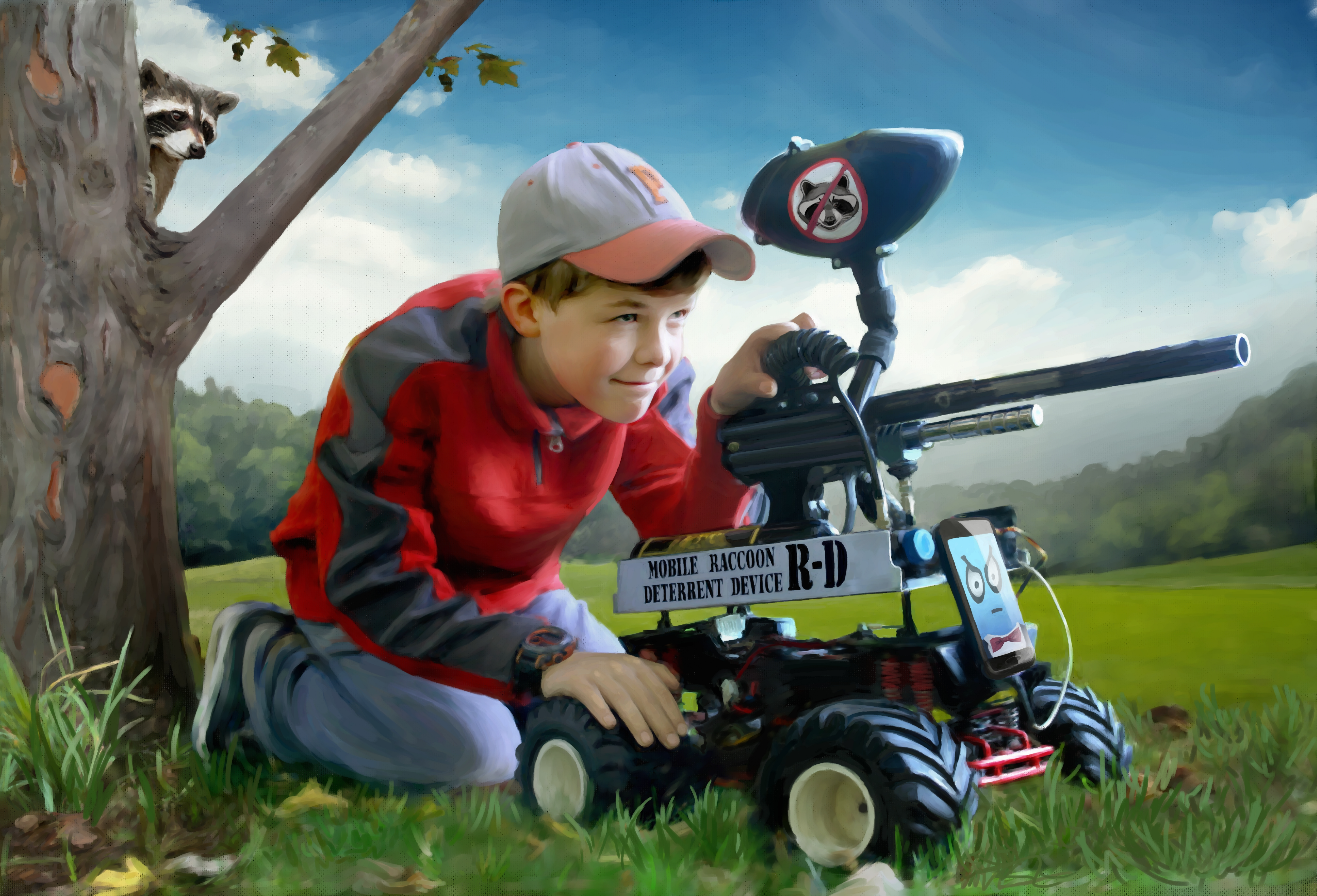 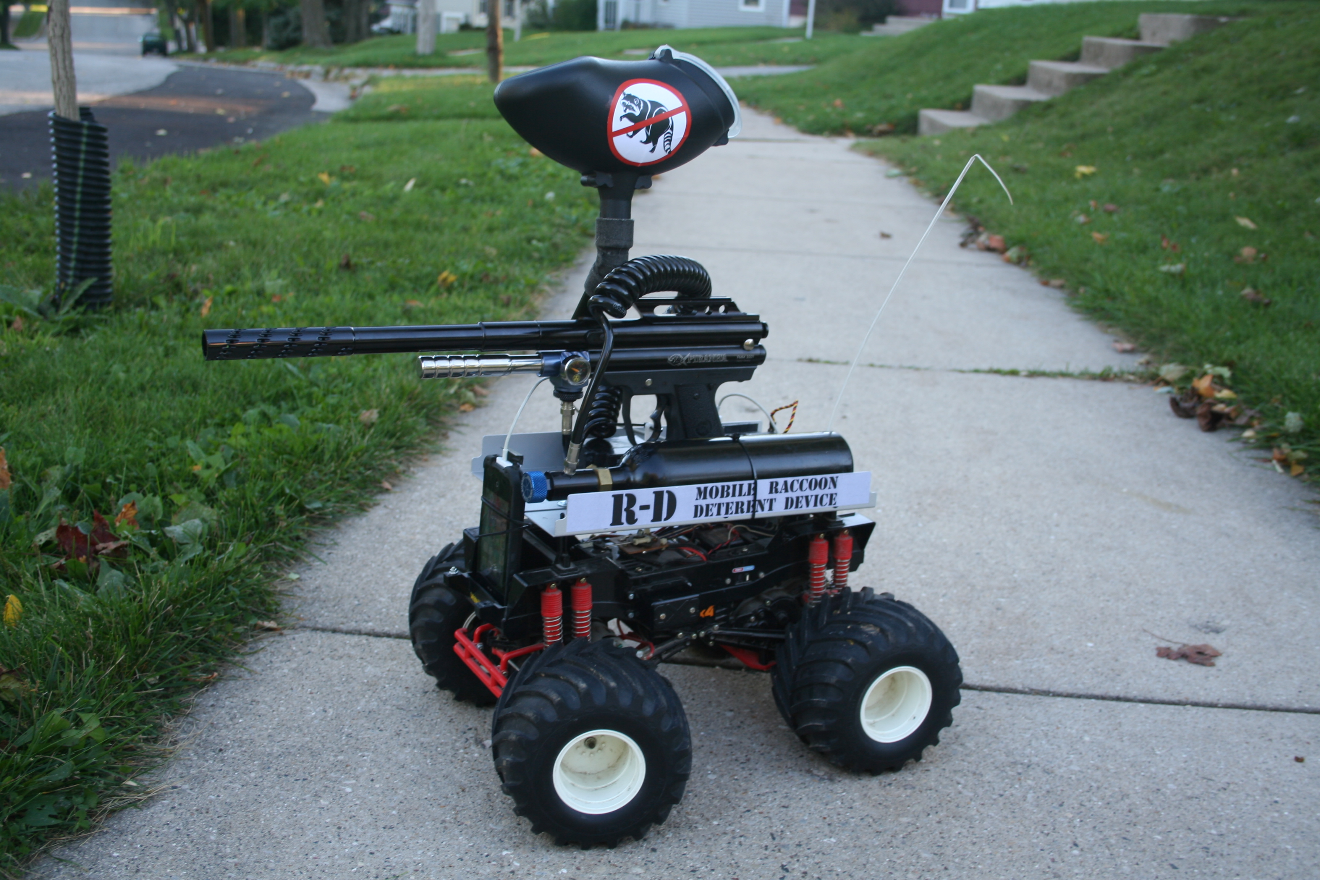 Note the difference between the two pictures of R-D.  The bottom picture is a photograph.  The top picture is a composite of several photographs which Sarah then spent hours painting. Our team had a blast creating this episode.  Jared DePasquale topped it off with a fantastic music score.  We hope you enjoyed listening as much as we enjoyed creating!