As our writing team thought about the importance of doing everything to the glory of God, the story Saving Wimples took shape. When we follow Jesus, we can serve Him even when we work for our earthly boss. Saving Wimples is a story where Kate demonstrates this important truth at her first job. While much of Saving Wimples is fictional, key portions of the stories are based on real events. Most of these real events happened while Ian Bultman worked as a teenager in the meat department at a local grocery store. While many would recognize the name of this grocery chain, we decided the store would probably appreciate us not mentioning the name.

Ian did many of the tasks we hear Kate do at Wimples, such as making sausages. As happened to Kim in Saving Wimples, Ian discovered his bandaid was missing half way through making one hundred pounds of linked sausage. He spent some time searching through the ground meat that he had not yet been stuffed into sausage casings and linked. Just before Ian began cutting open links, he happened to look down and spotted his bandaid on the floor. It had been there the whole time! After this, Ian understood why he was supposed to wear gloves for this job. 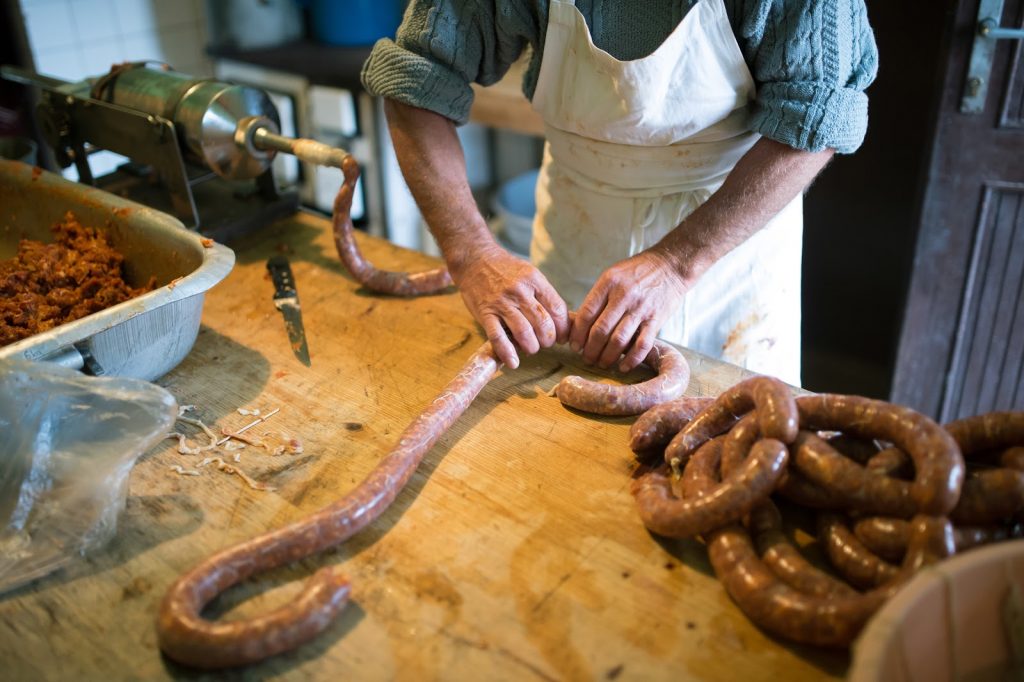 The lobster mistake also really happened. While working at the unnamed store, Ian remembers the day a truck delivered many boxes of live lobsters. The manager had intended on ordering one box, but somehow multiple boxes arrived. As in the episode, the staff cooked many of the lobsters to keep them from going bad. Ian remembers the management allowing the employees to buy live lobster at a steep discount. His family had a real feast that night! In our story, Kate and the Wimples made lobster bratwursts. Below is a recipe for lobster sausages. If you try this recipe, be sure to write us and let us know how they taste!

While writing this story we thought it would be fun to use a real lobster company to sell Wimples the lobsters. After searching the internet, we called Sea Salt Lobster, and Sean McEwen answered the phone. He gave us permission to use his company in the story and he also read the script for us over the phone. His acting was so good we used him in the episode as himself! 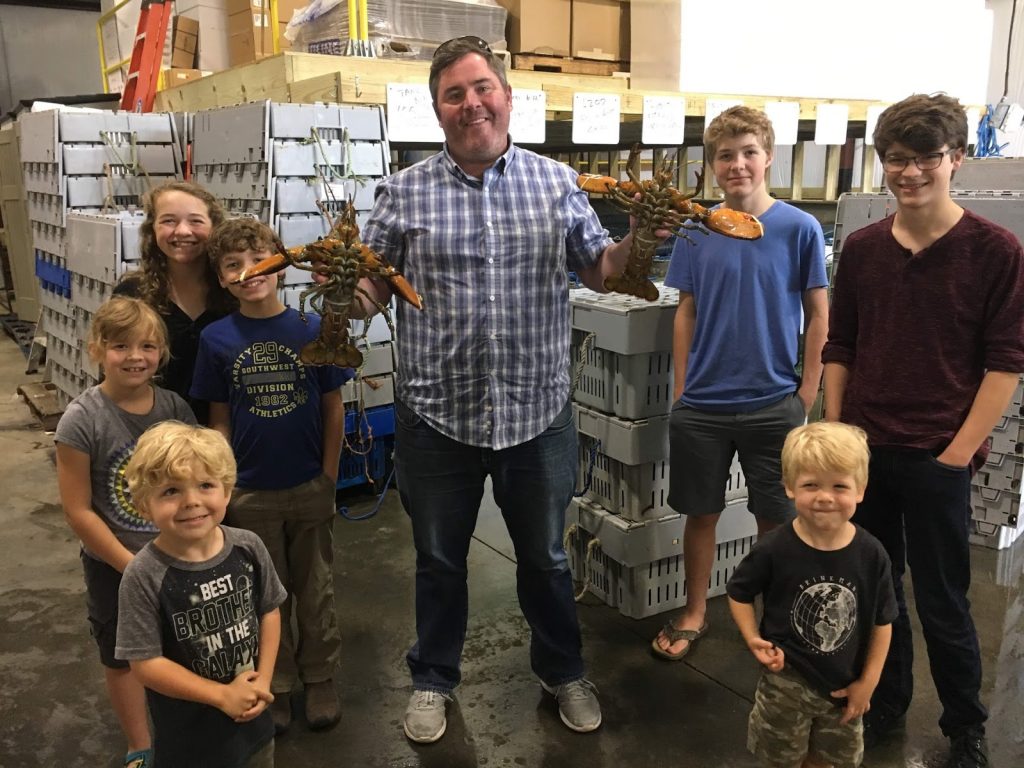 After Sea Salt Lobster was featured in the episode, the Bultman family decided to visit the company while traveling through Maine. Sean gave the family a tour of the facility along with a delicious meal of New England Chowder. If you ever visit Maine, be sure to stop at Sea Salt Lobster and say ‘hi’ to Sean for us.

While working at the unnamed grocery store, Ian really did put chocolate icing on a loaf of French bread making it look like a huge long john doughnut. As soon as he slid it into the case among all the little doughnuts, he heard a young voice on the customer’s side of the display say ‘Mom, I want THAT one! Next, Ian heard the mom asking the counter clerk ‘Excuse me, is the big one for sale?’ Ian chuckled as he slipped into the back room. He was a bit of a prankster, and his behavior occasionally got him into trouble.

The final story we used from Ian’s short career at the unnamed grocery store was of the man falling through the ceiling. Just as you hear in the episode, this store had a problem with birds in the produce department. An assistant manager, who was an avid gun collector, volunteered to eliminate the birds with a .22 rifle loaded with birdshot.The other employees were rather shocked when he arrived early Saturday morning during store hours and disappeared into the ceiling to hunt the birds with his rifle. Ian was serving a customer at the meat counter when he heard thumping in the ceiling above him. Suddenly there was a loud crash. The bird hunting manager had slipped off a rafter and landed on the thin ceiling tiles directly above the counter. Ian and the customer looked up in horror to see legs break through the ceiling and begin kicking wildly through the gaping hole! Plaster and debris showered the meat counter. As the legs disappeared back into the ceiling, the terrified customer turned her shopping cart and bolted from the meat department. Ian never forgot this experience, and our team had a fun time recreating this crazy event.

https://www.youtube.com/watch?v=VuMSSHK4oNw
Man falls through ceiling in a golf shop: Doesn’t get hurt

In reality, Ashley, the person who plays Kate, actually worked at Smith Brothers coffee shop. Wimples is a fictional store based loosely on Bernie’s Meat Market in Port Washington, Wisconsin. But, unlike Wimples, Bernies is a thriving meat market with sought after sausages and bratwurst.The Brinkman team often visits Bernies for a quick bite to eat.

The idea of the longest lobster bratwurst was fictional, but many “longest bratwursts” have been created. To date the award for longest sausage goes to a group in Romania. Their sausage was 38.99 miles long and weighed an incredible 45 tons! 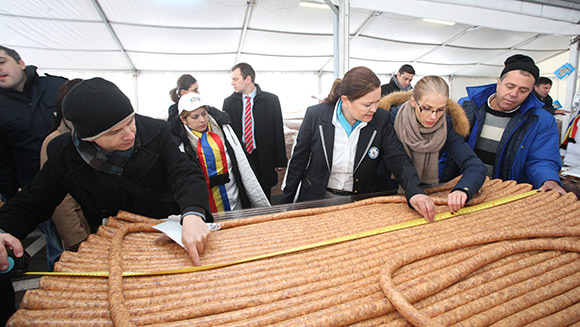 The longest sausage in the world measured in at 38.99 miles long!

https://www.youtube.com/watch?v=PrW5Nj1UBF8
Watch as a local grocery store makes their longest bratwurst ever.

Kate’s character Ashley really did release an album the year before this season came out. We featured a snippet of her song, “Lonely Town” in this episode.

This story is meant to communicate a couple of important truths. First, as Christians, God calls us to be a light wherever we work. Second, sometimes the right thing to do is to stay in a difficult situation and help make things better. In Saving Wimples, Kate stuck it out when things became difficult. She helped Mrs. Wimples get to the bottom of the trouble in the store. When Kate discovered Kim was the source of the problems, she did the hard thing and confronted her. Even when Kate was about to lose her whole album, she showed that she cared more about Kim than she did about saving her work. By this, she demonstrated God’s love and was a light in her workplace. Old Miss Lagatha summed it up at the beginning of the episode, a job isn’t just a job. 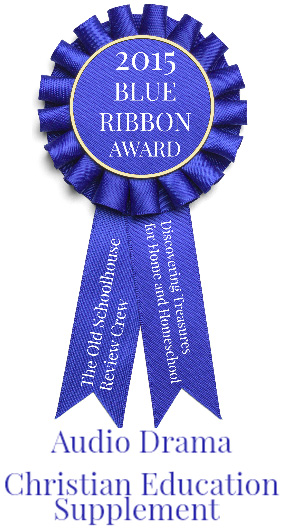 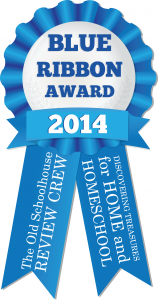 Want to listen but can't afford the asking price? If so write and let us know. Specify the season and format you prefer. (Please limit your request to one season per year.)

Your gifts allow us to continue producing quality content. Brinkman Adventures is produced by Beachglass Ministries, a 501 c(3) non-profit organization dedicated to "inspiring the next generation of Christian World Changers."

Your gifts allow us to continue producing quality content. Brinkman Adventures is produced by Beachglass Ministries, a 501 c(3) non-profit organization dedicated to "inspiring the next generation of Christian World Changers."